The New Jersey Open Public Records Act give meaning to the phrase “Knowledge is Power.”

Although OPRA specifically references “citizens of this State,” N.J.S.A. 47:1A-1), OPRA does not prohibit access to residents of other states.  Also, requestors may file OPRA requests anonymously without providing any personal contact information, even though space for that information appears on the form and thus, anonymous requests are permitted.

If a request for records is wrongfully denied, an expedited lawsuit can be filed in the Superior Court of New Jersey consisting of a Verified Complaint and Order to Show Cause.  A hearing will then be scheduled to resolve the dispute, and successful plaintiffs may be entitled to reasonable attorney fees.

In addition to requesting records under OPRA, a person may seek government records under the common law which defines a public record as one required by law to be kept, or necessary to be kept in the discharge of a duty imposed by law, or directed by law to serve as a memorial and evidence of something written, said, or done, or a written memorial made by a public officer authorized to perform that function, or a writing filed in a public office. The elements essential to constitute a public record are that it be a written memorial, that it be made by a public officer, and that the officer be authorized by law to make it. If the information requested is a “public record” under common law and the requestor has a legally recognized interest in the subject matter contained in the material, then the material must be disclosed if the individual’s right of access outweighs the State’s interest in preventing disclosure. 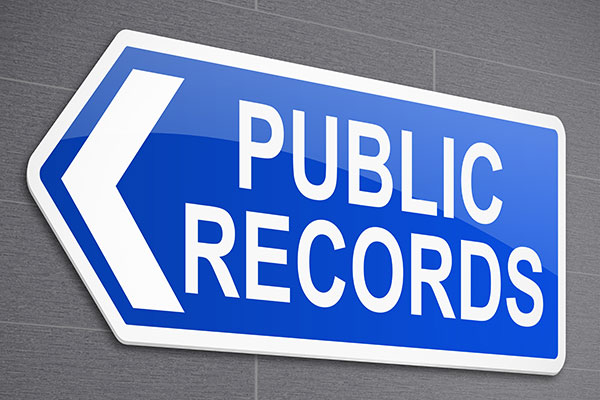